A battle of out-of-the-box thinking was celebrated recently in Canada’s largest technology park.

After three weeks of pushing themselves to solve a real-world sustainability problem by leveraging the power of 5G, teams submitted their solutions via video in Kanata North Business Association’s first-ever Hackathon. Short-listed teams were invited to present in front of an audience.

The hackathon launched on Sept. 28, when students were given this challenge:

Do you want to help Kanata North be the green high-tech capital of Canada? People and companies do not realize the amount of water and electricity they use day-to-day. Most of the time, we rely on people to monitor their usage! This leads to an incredible amount of waste, which is costly for companies and harmful to the environment. We have seen the impacts of climate change, like the several natural events that have occurred in our city over the last several years. We want YOU to help us develop a solution to water and electricity waste using 5G, IoT, etc.!

In their proposal to judges, The Winning Team proposed a solution that would use solar panels linked to a 5G network that would be more reliable and provide real-time data on output. Sensors inside the panel would be connected to the building’s 5G network.

The three main benefits of this solution are 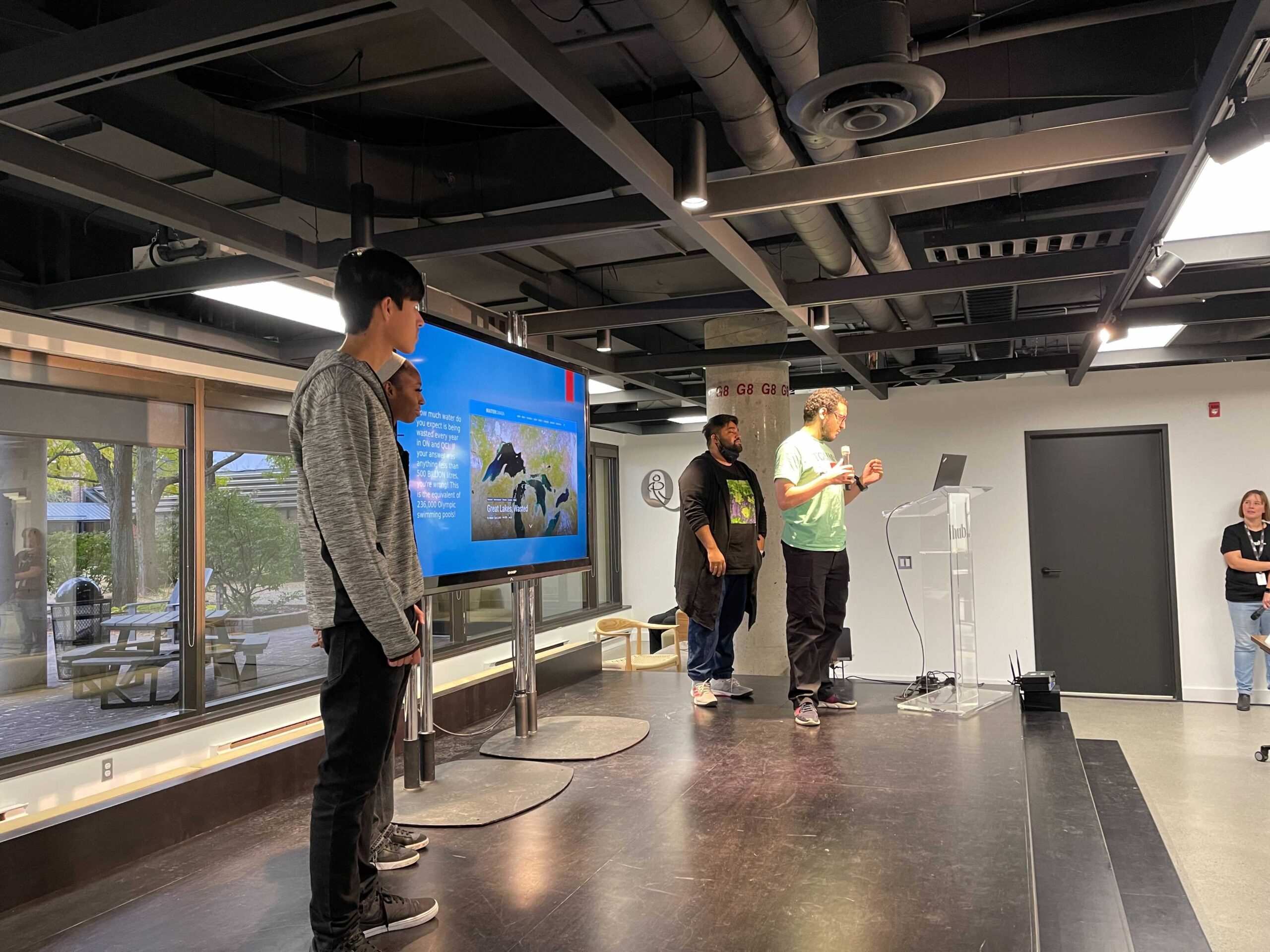 Nearly 100 students took part in the hackathon, and Erin Moretto, KNBA’s director of programs and Hub350 operations, said the event will become an annual tradition.

“This was such a great event, and it’s thanks to our sponsors who supported our first Hackathon with outstanding mentorship and judging. This was such a great opportunity for students to get to know Kanata North, and the people and companies in our tech park,” Moretto said.

In addition to prizes, judging and mentorship, the tech park supported the event in tasty ways. Nokia sponsored the ‘after party’ on the event’s concluding night, Solace provided swag bags for students, Pleora provided fuel (“tons of snacks!” Moretto said) and JoJo’s Pizza provided food for hungry hackers on nights one and two.

Moretto said the Hackathon brought together the students and more than 20 tech mentors to solve the problem. It is part of the tech park’s close relationship with Ottawa-area postsecondary institutions, she added.

0 0 0 0 0
Previous ArticleNokia to transform its Kanata facility into world-leading, sustainable 5G and cyber security hub
Next ArticleIt's lights, cameras, action at Hub350's new digital media lab
Sign Up Below to Get News, Updates & Articles Straight to Your Inbox
Latest Posts