Drones programmed to land on charging pads when low on power. Charging plates in roads that connect to moving electric vehicles. These futuristic possibilities could become a reality thanks to made-in-Kanata technology.

A Kanata North semiconductor company is working to revolutionize the nascent world of wireless charging by developing technology that would dramatically open new possibilities for electric vehicles, automated drones and even submarines.

Wireless charging stations for consumer products such as phones and laptops began hitting the market several years ago. However, Kanata’s GaN Systems has designed a power transistor that is smaller, faster and more energy efficient than the technology currently in use.

Its efficiencies have enabled the Kanata North company to tackle sectors beyond consumer goods, bringing wireless charging to a range of new industries including industrial and automotive.

“The only thing that was sent wirelessly in the past was information,” says Peter Di Maso, director of product line management at GaN Systems. “Now we’re sending power.”

A WIRELESS WORLD
For a society that’s long been accustomed to regularly plugging in portable electronics, wireless charging can seem like a radical innovation. But the technology powering the first generation of wireless charging technology isn’t that much different than what’s found within traditional charging cords.

Both systems integrate the same transistor technology that converts the AC power coming from the outlet to DC power to charge a device. In the case of a charging cord, the unit simply acts as a pathway to transfer the energy.

Wireless charging removes the need for a cord by integrating a receiver right into the device, or attaching one to allow it to connect to a charging pad. It also uses silicon semiconductors and inductive charging to convert the AC power output, which causes the energy to transfer at a much lower frequency, making the process slower.

“The old wireless charging was very location-based,” says Di Maso. “You would have to take your phone, line it up exactly on the charging pad and, if it moved a little, all of a sudden you weren’t charging anymore.” 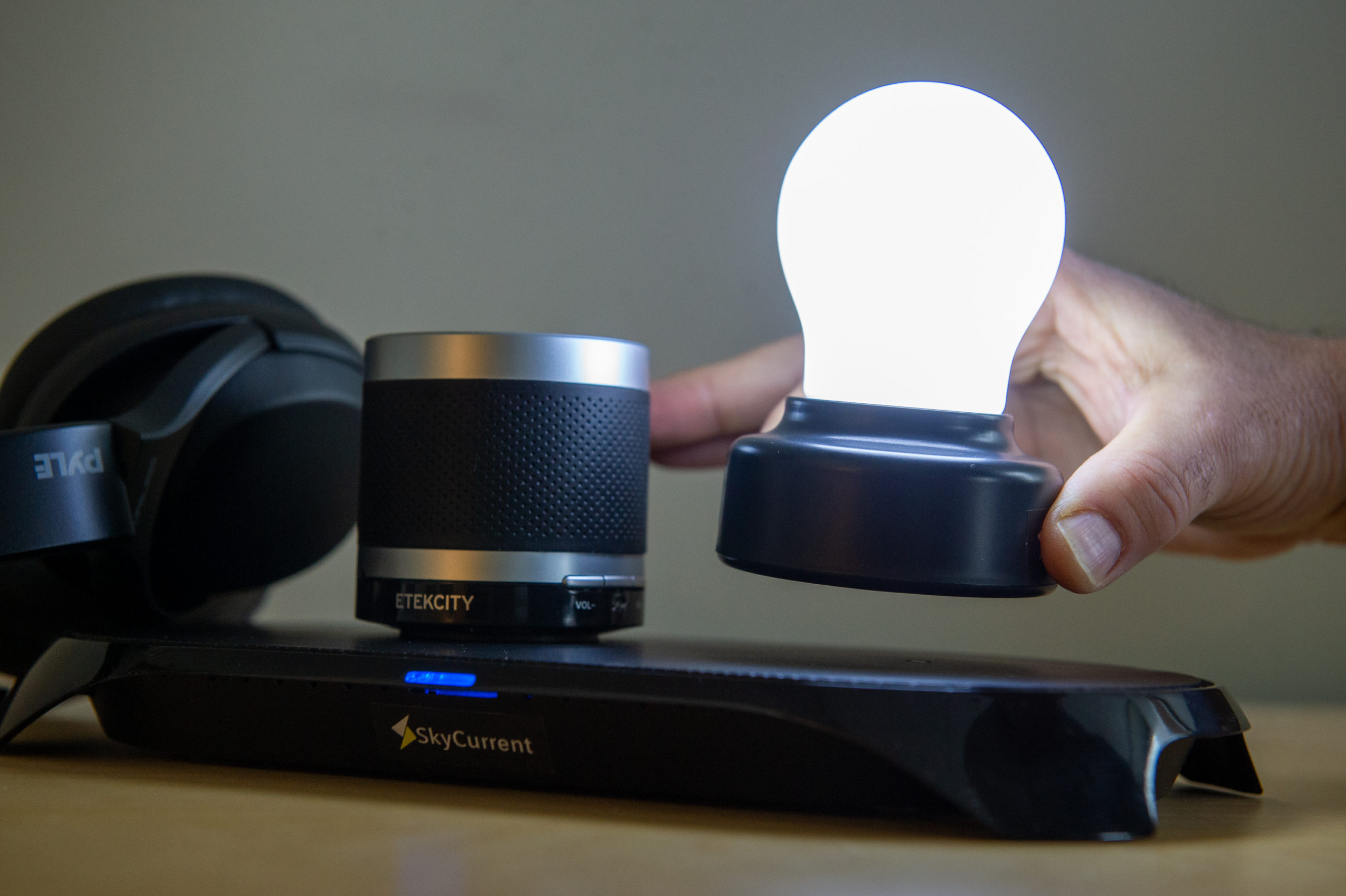 GaN is not the only Kanata North company working to find better solutions for wireless charging. Semtech, for example, has created its own consumer system that provides power to phones and computers. Its LinkChargeCT is an out-of-box inductive charging unit that provides high enough frequency levels to power through a desk.

GaN, which was founded in 2008 and now features a team of 38 employees, uses gallium nitrate in its semiconductors. This allows its transistors to convert energy at much faster speeds than older units, resulting in less energy loss. Transferring energy at a much higher frequency also allows users to charge multiple devices at once, and from a greater distance.

Charging can even take place through walls or floors – opening up opportunities for larger systems to be repowered, says Jennifer Ajersch, product and marketing manager at GaN.

“We have drones that are fully self-sufficient. (The devices) know when they’re low on battery, land on a charging pad and recharge,” says Ajersch, adding that a similar system can be installed in a garage floor to recharge an electric car or bike. “It can even work with underwater vessels because no one has to be there to plug anything in.”

NEW WIRELESS OPPORTUNITIES
In December, GaN announced an investment from SPARX Group’s Mirai Fund, which counts Toyota among its investors and looks to place capital in autonomous vehicle companies. That follows investments from both BMW i Ventures – the investment arm of the German automotive company – and Delta, which specializes in automotive power systems, to help GaN accelerate innovation and expand the company’s sales reach in the automotive sector.

GaN is playing a significant role in powering electric vehicles, from recharging cars themselves to providing wireless charging in cup holders or dashboard consoles.
While wireless charging inside vehicles is an added luxury for drivers, there is a highly practical use case for the technology in autonomous vehicles, says Barrie Kirk, the executive director of the Canadian Automated Vehicles Centre of Excellence.

“There is going to be a trend in the 2020s towards driverless taxis, and I can see a real benefit of having wireless charging technology in them,” he says. “They will know where the charging points are and will be able to go park there and get the batteries topped up when they aren’t busy.”

There are also tests underway to experiment with charging on the move, which could see charging plates installed in roadways to allow autonomous and electric vehicles to charge while they drive.

“The technology is in its very early days,” says Kirk. “While technically it could be a great system … the cost may just be too high.”

While driverless taxis that are charged wirelessly might materialize in the coming years, Kirk says he sees the future of automation rooted in all kinds of public transportation. The technology coming out of the AV sector is opening endless opportunities rooted in wireless charging, he adds.

“That family of AI technology can support a wide range of vehicles from cars, transport trucks and farm equipment,” he says. “If they don’t have drivers to fuel them up, they will simply have to get recharged on their own.”