A Kanata North company known for products that protect individuals from bombs and bullets is pivoting to manufacture shields that prevent service employees and customers from spreading COVID-19 – a measure that could allow more businesses to reopen, helping to restart the wider economy.

Terlin traditionally specialized in interior fitups for national retailers as well as food and beverage companies – industries that have been particularly hard-hit by restrictions aimed at containing COVID-19. That background helped the company quickly spot the market demand for shields that act as a barrier between employees and customers. 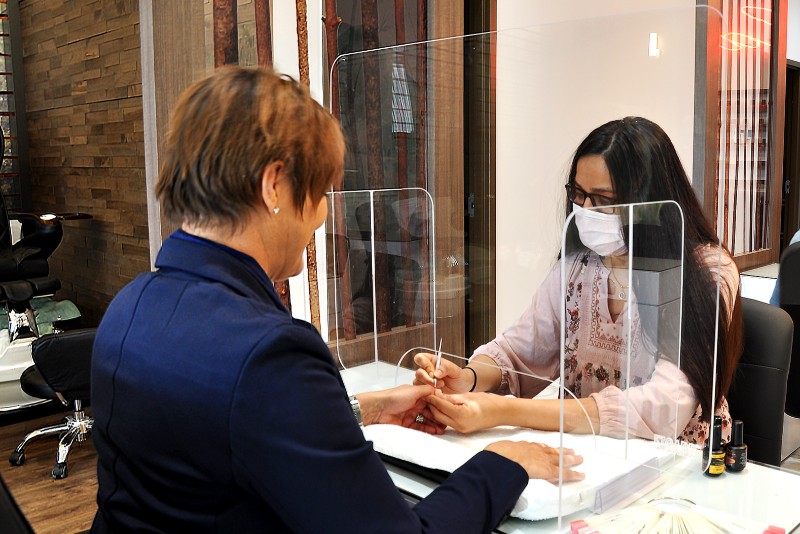 But McLaughlin says the business opportunity was sparked when his son, Lindsey, reached out to his brother-in-law Graham Blue, who specializes in e-commerce at his own family’s business, VPC.

The morning after Lindsey McLaughlin pitched the idea to members of the Blue family, he says he received a call from Graham’s father, Allan.

“He told me that it was my fault he hadn’t slept all night because he was so excited,” Lindsey recalls. “Once the excitement started within the group, that’s when it really started going crazy.”

At the forefront of retail’s new normal

Terry McLaughlin says his company’s shields offer several advantages over other products on the market. In addition to being light – most weigh less than 10 pounds – and simple to install, the shields ship in flat packs – a feature that helps keep shipping costs down.

As a general contractor, Terlin has technicians across the country. This means EZGard can ship large volumes of shields to other Canadian cities and have one of its technicians install them across a chain of drug stores or other retailers.

The new venture is building up its inventory, allowing it to ship orders within a day or two – a critical factor as retailers and other service organizations rapidly retrofit their facilities to make them safer for employees and customers.

“Every space, every counter is going to need something,” Terry McLaughlin says, adding that he’s seeing demand from other industries, such as recruitment firms that want to interview candidates in person. EZGard has also developed a shield for open-concept workspaces that seat staff side by side. 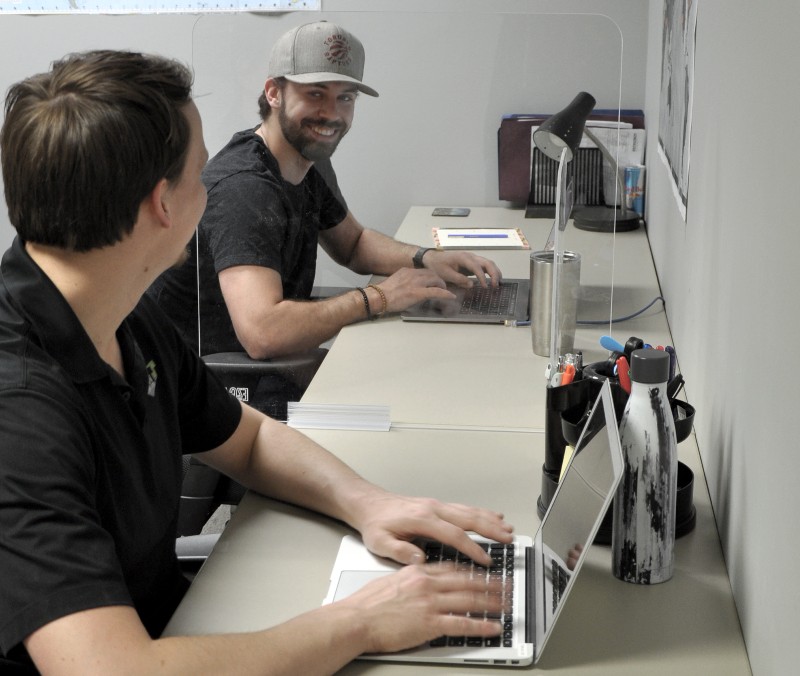 “That’s the way the world’s going to be for the next year, year and a half,” he adds, speculating that even after a vaccine has been developed for COVID-19, organizations may want to use shields during cold and flu season.

McLaughlin says listing the product online through Amazon – through which more than 1,500 units have been ordered – and a Shopify store has sent sales skyrocketing and that the company is also putting an emphasis on giving back to the community by donating shields to food banks and other organizations.

“That’s a nice feeling because it represents what we’re all about – we like to do our part for the community,” he says.

He also notes that the company’s home in Kanata North has benefited the company and its employees. It’s a convenient location for staff who live elsewhere in the city or in the Ottawa Valley, and gives staff easy access to grocery stores, restaurants and other amenities.

“It’s great because this is the gateway into the city for businesses,” he says. “You have easy (connections to) the Queensway, quick access to a lot of our supplies and a great quality of life for our staff.”