After months of anticipation, a group of tech and community leaders gathered at 350 Legget Dr. for the grand opening of Hub350, the brainchild of the Kanata North Business Association.

As KNBA president and executive director Jamie Petten joked, “the paint was still drying on the walls,” but it was finally time to open the doors to “the gateway into Kanata North.” 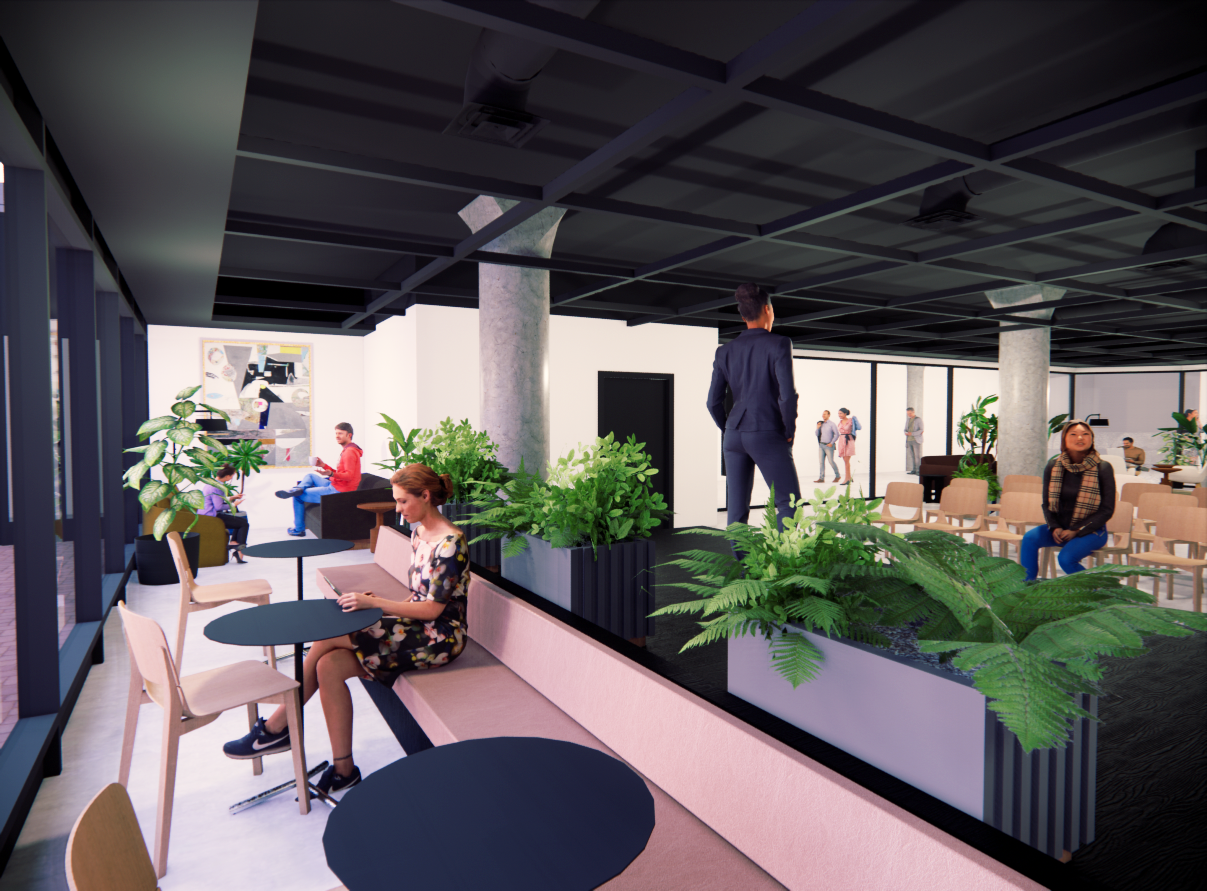 The Hub350 space will serve as a meeting place for industry leaders, academia and finance professionals to collaborate on projects – offering member companies unparalleled access to the connections and funds they need to get projects off the ground.

The innovative new space – designed by Linebox Studios – features a variety of touchdown spaces, meeting rooms and private booths to allow people to work and collaborate at the hub, as well as a state-of-the-art media studio, sponsored by Kanata North giant Ross Video.

Guests at the event received tours of the modern-designed office, and heard from a variety of speakers including Wesley Clover’s Terry Matthews, Invest Ottawa’s Michael Tremblay and KNBA board chair Vicky Coughey.

Panels of speakers representing the various pillars of Hub350 also took the stage to discuss some of the most pressing issues facing the technology sector today – including talent, 5G development and creating the next generation of tech leaders.

Mirzaee, who closed a US$24M series-A seed round earlier this week, reflected on meeting investors virtually, a practice that traditionally never would have happened pre-pandemic.

“If you were to talk to these VC’s a year ago they would tell you that they would never do a deal without meeting the person first,” he said. “And now they’re doing all of their deals quicker, virtually, which is awesome.”

Attendees at the launch also heard from some of the region’s academic institutions – Carleton, uOttawa, Algonquin College, La Cité and Queen’s – on the various ways tech companies can work together with academia to forge better relationships and create new opportunities.

Several of the post-secondary institutions will have a physical presence at Hub350 to make it easier to connect students with the tech companies looking to hire.

The KNBA also announced a new initiative with Hub350 partner The Queensway Carleton Hospital. The local business association is looking to raise $350,000 for the QCH to help fund more care programs and initiatives.

Queensway Carleton Hospital: The Official Health and Wellness partner of Hub350. @kanatanorthba and @hub350 have pledged to raise 350,000$ for @QCHFoundation for health innovation. pic.twitter.com/rhvlFGmxyC

Visitors were also privy to a presentation from Ibrahim Gedeon, CTO at TELUS on the future of 5G technology. TELUS is an anchor partner at Hub350 and will work with local innovators to bring 5G to new heights.

“When you talk about innovation it’s not just research, it’s not just startups or ideas it’s go-to-market and TELUS is achieving that through buying and reselling to consumers,” he said. “If an idea can’t be implemented, no one will care about it. We are working to make 5G a reality.”

The launch concluded with closing remarks from Petten who reflected on the amazing teamwork and commitment that went into creating Hub350.

“Reflecting on this journey, the piece that resonates the most is that it takes a village and a community to raise a startup,” she says. “Hub350 has been KNBA’s startup. I can say with confidence this day would never have happened without the help of a number of partners pulling their weight and joining us along this journey.”

0 0 0 0 0
Previous ArticleCENGN, Algonquin College, Invest Ottawa and others join Hub350
Next ArticleTEDxKanata is back – get your tickets now!
Sign Up Below to Get News, Updates & Articles Straight to Your Inbox
Latest Posts