Be creative, face your fears and think critically: Those are just a few of the lessons shared by local business leaders and innovators at this year’s TEDxKanata event, an evening designed to fuel passion and inspiration.

Now in its sixth year, the evening saw nine local presenters take to the iconic red stage to share their stories and ideas based on this year’s theme: Ignite. Among the speakers was Rose Cain, vice-president of business operations at Kanata North’s Solace, who challenged the audience to reignite their curiosity.

Cain shared anecdotes from her 30-year career in tech, explaining how asking questions and being eager to learn is how she, a self-proclaimed “non-techy in a tech world” was able to build a career for herself. Being open to change and accepting failure are a few of the ways we can push ourselves to be more curious, she said, urging attendees to think more like kids.

“What if you never innovated again?” Cain asked the audience. “How successful would you be?”

Ashleigh Kennedy, a fellow Kanata North businesswoman and the founder of Neurovine – a startup developing technology that allows concussion patients to recover faster –  spoke about the future of AI in healthcare and what people should consider when handing over their data to a machine, while Liora Raitblat – a strategic change consultant at Deloitte – shared several creative ways to rethink problems and ignite a change in behaviour.

Simeon Wong, founder of Elevate Dot Strategy also had a challenge for the audience at the Brookstreet Hotel: Turn failure into passion.

Wong had the sold out crowd of nearly 500 laughing along as he shared his many career endeavours over the years, which included being an actor, a doctor and an aspirational CEO.

After facing rejection each step of the way, Wong said he was able to refocus and pinpoint what it was about these careers that made him excited in the first place: the people.

Wong is now a career coach, helping others turn their failures into successes.

“If you don’t know how to deal with failure, you’ll have a miserable life,” he told the audience. “Failure is an option, sometimes the best option.”

For Aspire Academy founder Kim Moore, “ignite” means helping every child reach their potential. She shared new ideas on confronting autism and how a needs-based educational program can benefit both the child and the family, while Dr. Delphie Dugal-Tessier educated the audience on Tyrosine, an amino acid that could help everyone unlock their full brain potential in a world built around multitasking.

SparkPath founder J.P. Michel focused on the next generation in his talk, which centred on helping youth find purpose and impact. Michel works closely with young people who are planning for the future, which can be a stressful and confusing time.

“We are not preparing young people to deal with these new realities,” he said. “We need to send youth on a mission of purpose.”

Instead of the traditional question of “What do you want to be when you grow up?” Michel said the question should be “What problem would you like to help solve?” This gives students the chance to work backwards, and discover which companies operate in that space, what careers are available and what education they would need to get there, which can unlock more potential.

To close the evening, GBatteries CEO Kostyantyn Khomutov focused on environmental change. He shared how AI-based technology and a new form of battery can drastically reduce greenhouse gas emissions, whereas Shopify coach Wendy Knight Agard wrapped up the presentations by sharing how workplaces can achieve better diversity in the office and how to move towards a more accepting society. 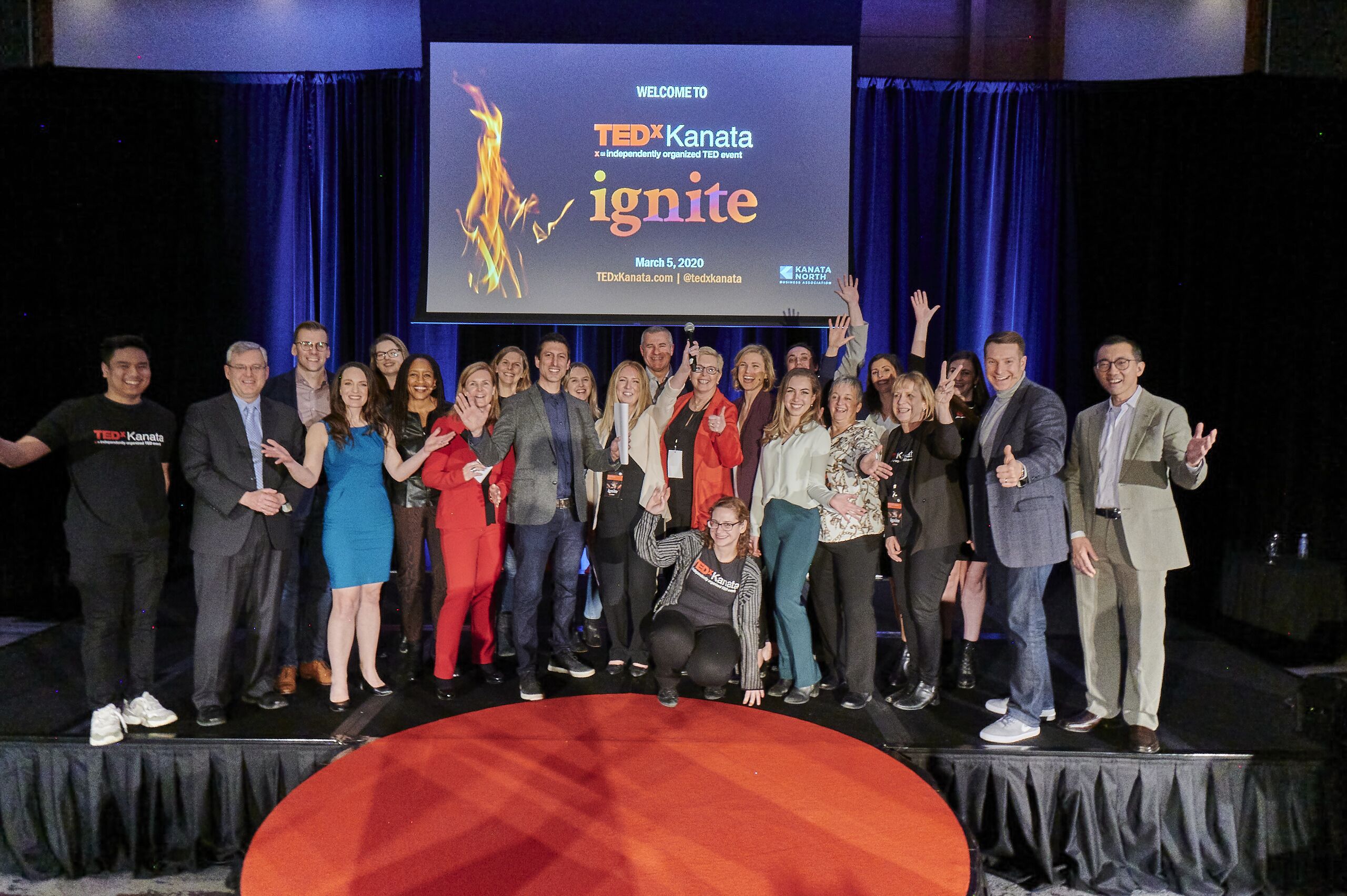 0 0 0 0 0
Previous ArticleKongsberg Geospatial looks to new heights with drone software partnership
Next ArticleCMC Microsystems sets up shop in Kanata North
Sign Up Below to Get News, Updates & Articles Straight to Your Inbox
Latest Posts